Liquid testing is an essential part of the testing phase in the Definition of Done. Next to functional testing, export/preview/workflow review screen testing, testing on all languages and testing external/internal links, code testing is equally important. To facilitate code testing, liquid testing has been put in place.

The primary goal of liquid testing is to improve the quality of output and avoid errors or bugs in your code when updating or releasing templates. In order to accomplish this, Silverfin introduces liquid testing which enables developers to run an automated set of tests that should be run before each liquid code update.

The general concept of liquid testing is to take the smallest piece of testable code in the template (i.e. ‘unit’), isolate it from the remainder of the code, and determine whether it behaves exactly as you expect by validating against pre-defined expected outputs (in the form of generated results, impact on reconciliation status of the template and rollforward parameters).

In order to determine what a sensible unit is, both the liquid code structure as well as the template’s functionality should always be considered.

Furthermore, it is important to understand these liquid tests are not of a static nature. The tests will be constantly evolving, updated and added. In fact, every time a bug for a template is reported, the existing liquid tests should be reviewed.

To improve understanding of these liquid testing guidelines, please find some recurring key concepts explained below: 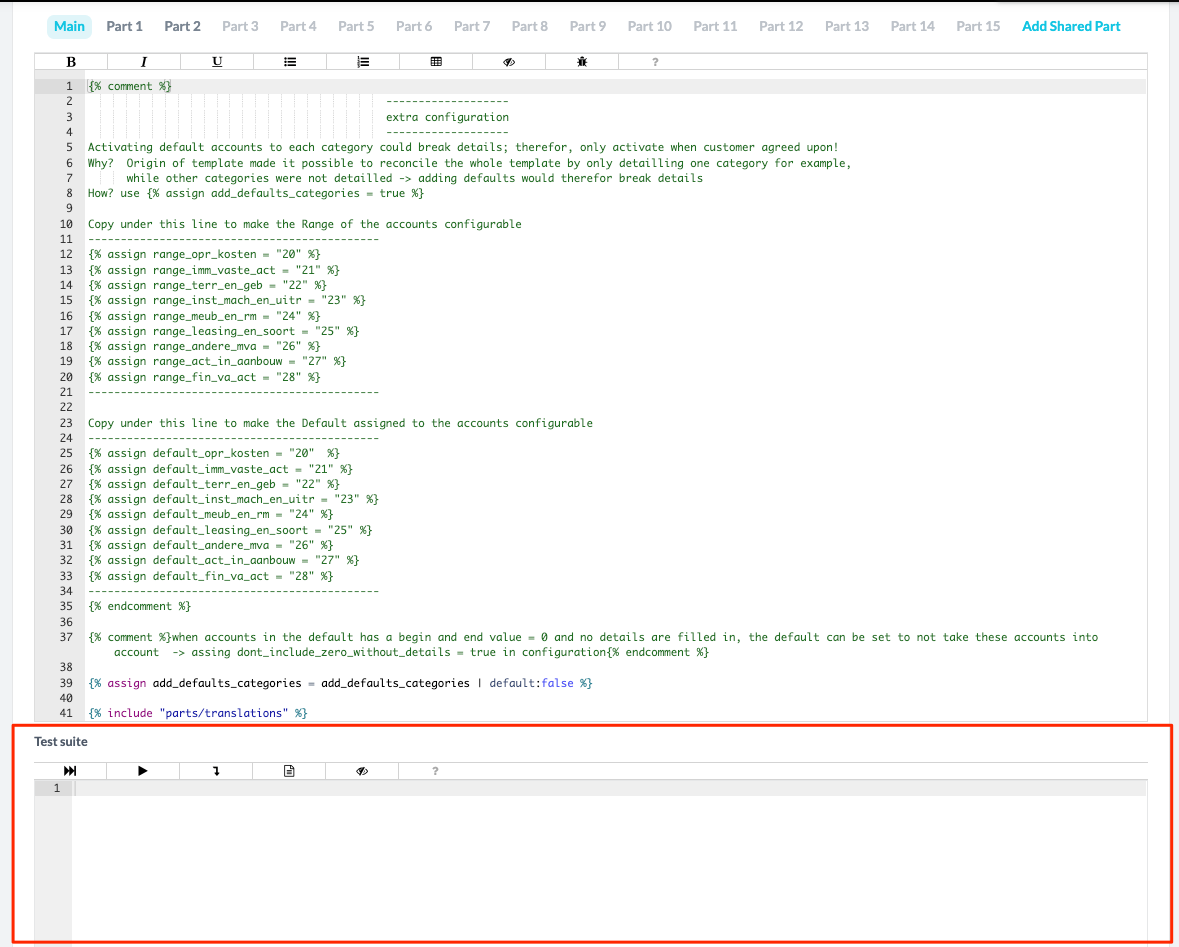 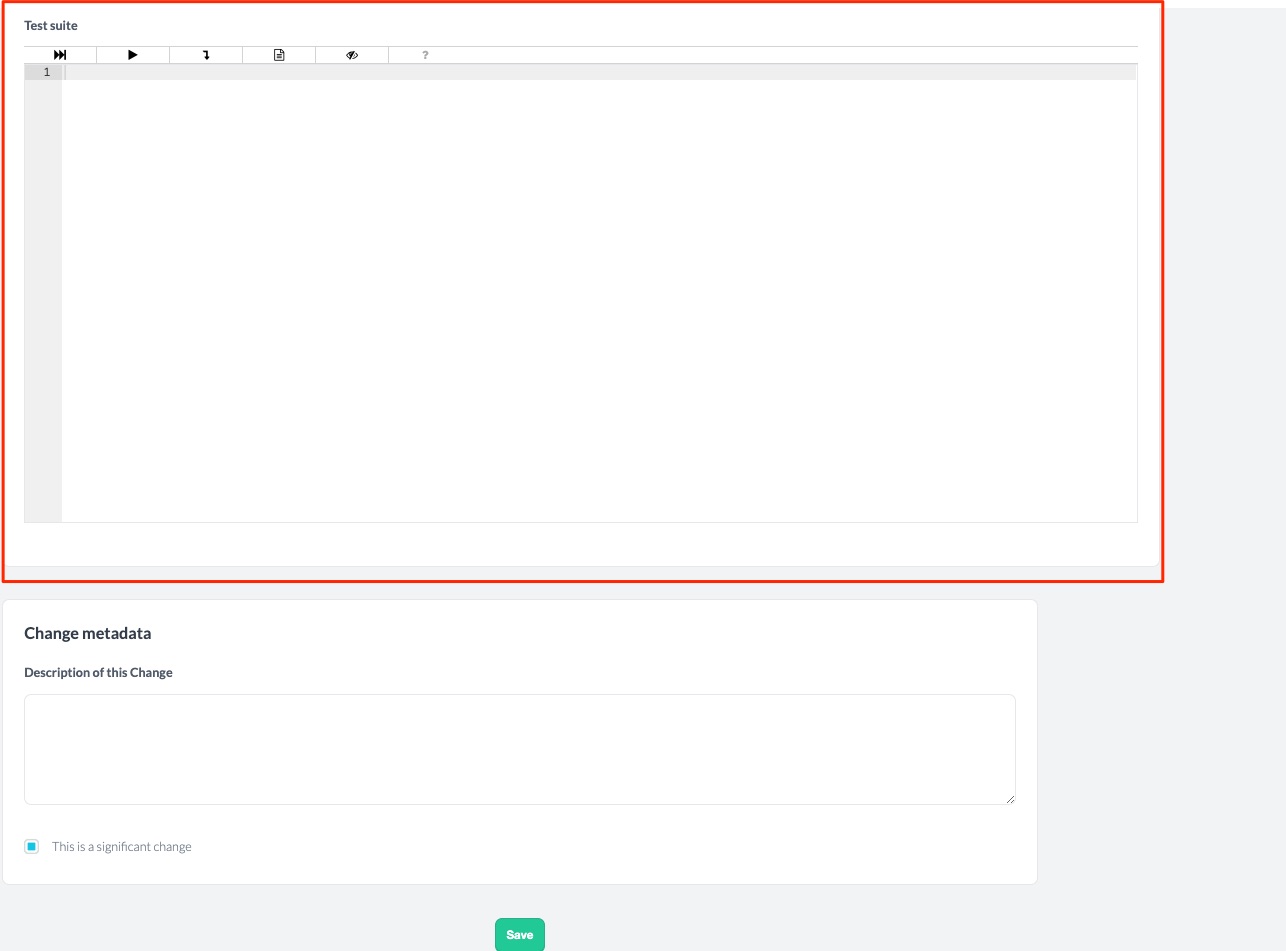 Liquid tests are written in YAML For all technical guidance on YAML please check our YAML documentation. For all specifics on writing tests, we refer to the chapters below.

You will notice that the editor in the Test suite for writing tests is visually pretty similar to the Liquid editor. There are some specifics for this editor though, please find some information below:

Depending on which icon you clicked, the tests will be run and will report back success or errors.

In case of failure, you can use the button to navigate through the error rows. 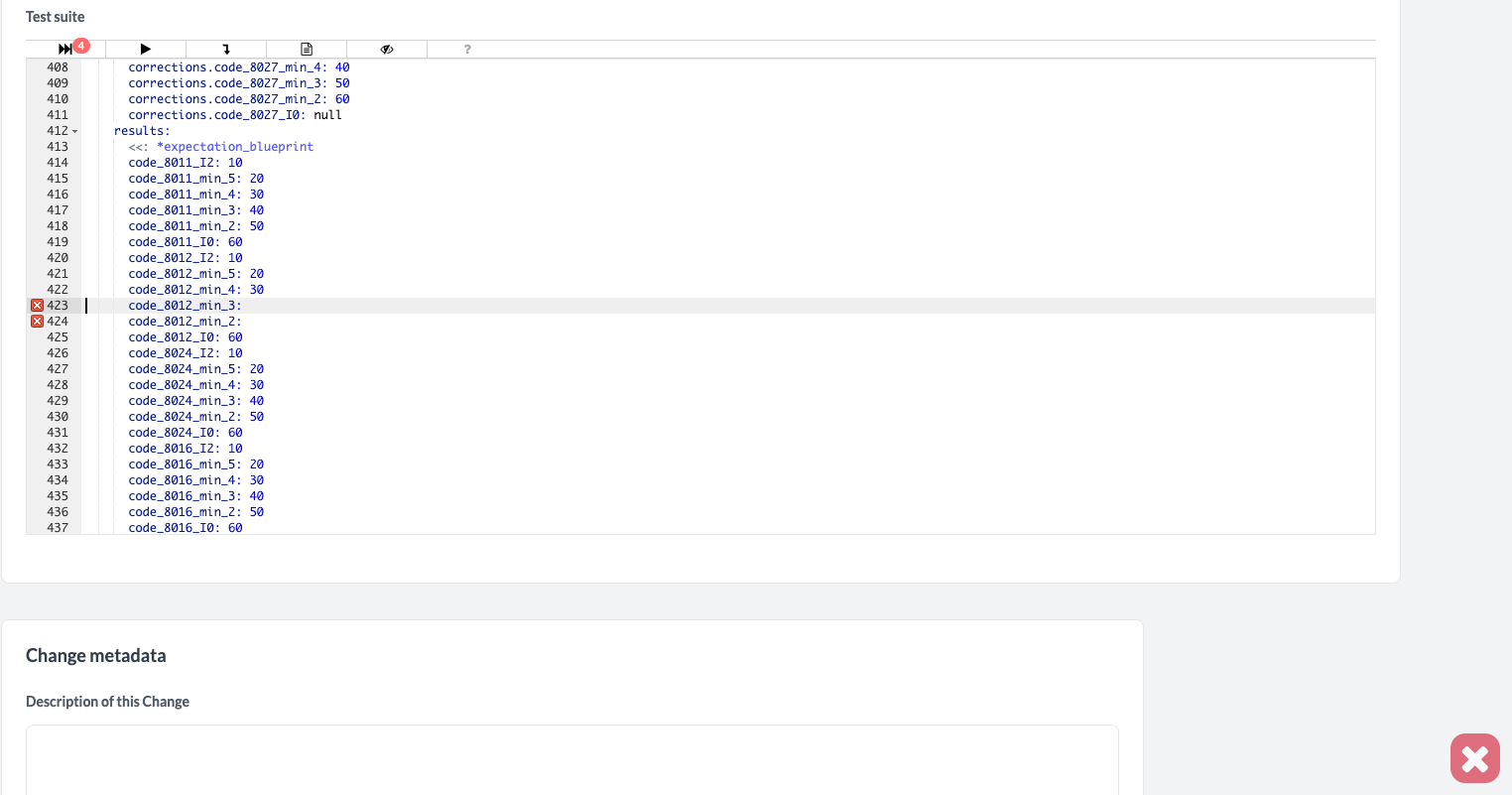 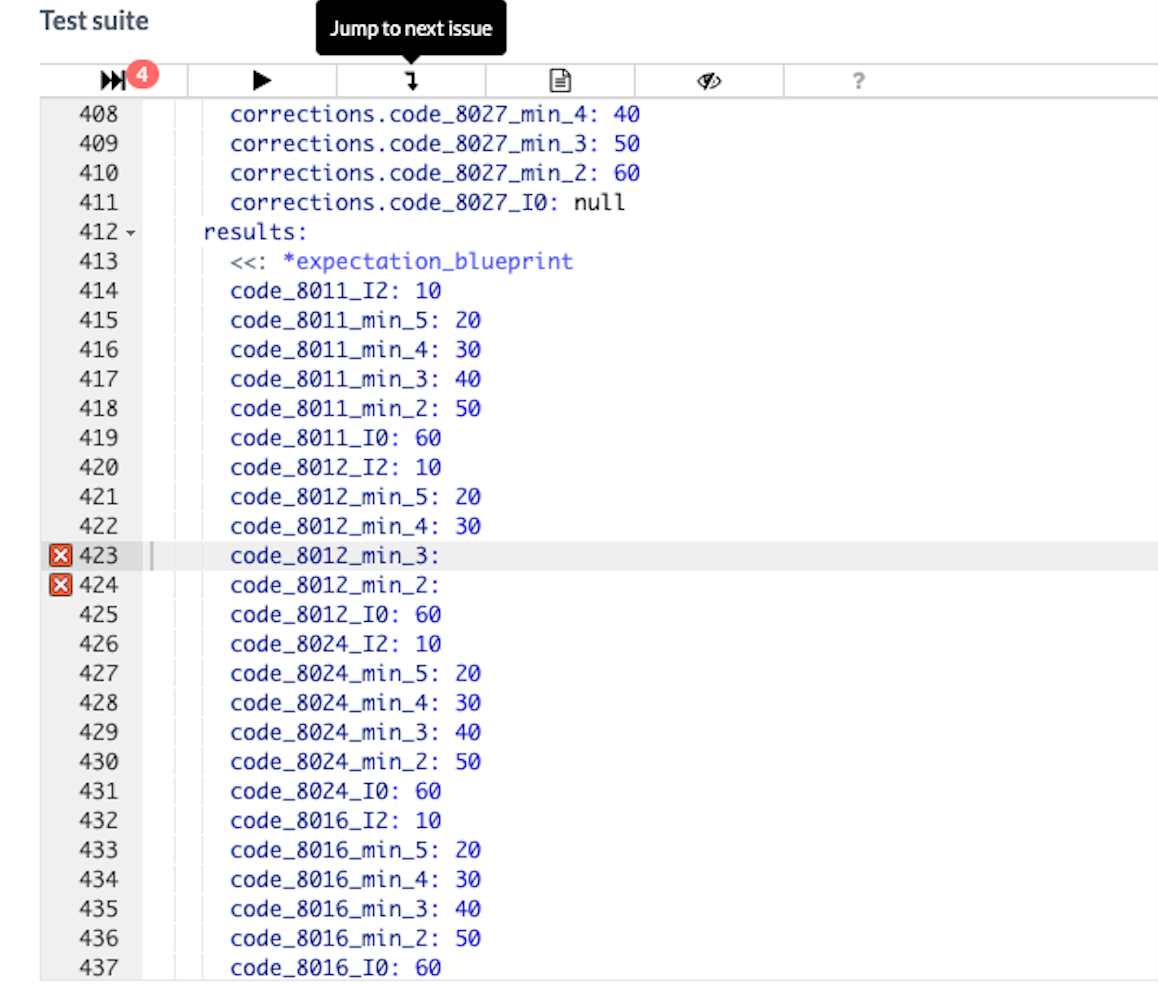 For some more context, there are 3 kinds of errors in template testing:

Type 1 (e.g. missing a colon after a key) and type 2 (e.g. your test missing the context key or a date field not having the appropriate date format) errors will stop the test suite from running, it’s important to have valid YAML code containing all minimal requirements in place before running the test suite.

Type 3 errors are the errors that actually validate the expected outcome of your tests e.g. a result missing or showing a different value from your expectations.

Once you have determined which piece of code you want to test and thought of relevant test cases, you can start populating the test suite with your YAML code. In this chapter, we explain how a proper test is written.
For technical guidance on writing valid YAML code in the test suite, we refer to our YAML documentation. 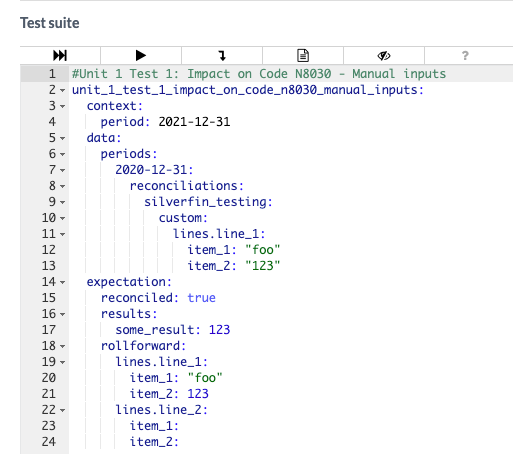 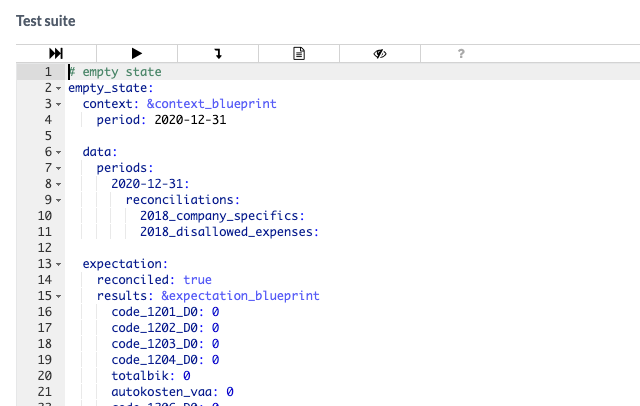 As indicated in the introduction, liquid tests are an inherent part of the Definition of Done. Therefore, in an ideal scenario, liquid tests must be in place and run before every template update.

In fact, with the introduction of liquid testing we enable test driven development.

Test driven development is software development approach in which test cases are developed to specify and validate what the code will do.

Test driven development in this context basically comes down to first defining units and test scenarios, and subsequently writing the liquid code.

Important to have a central place where tests are defined and documented per template. This place should serve as a single source of truth. In general, we should try to align the way we document template information with how we document liquid testing.